<< Back to Markets Menu

Step 1 Preheat oven to 180°C/160°C fan-forced. Peel pears, quarter lengthways and core. Place in a microwave safe shallow dish. Sprinkle with lemon juice and water. Gently toss to combine. Cover and microwave on high for 5 minutes or until just tender. Drain pears and place into a 6-cup (about 4-5cm deep) baking dish. Set aside to cool.

Step 2 To make the crumble topping, combine all ingredients in a bowl. Toss until well combined.

Step 3 Toss dates through the cooled pears. Sprinkle with chocolate then sprinkle with crumble topping. Bake for 40-45 minutes until pears are tender and the crumble is golden and crisp. Serve with vanilla ice-cream or Greek-style yoghurt. 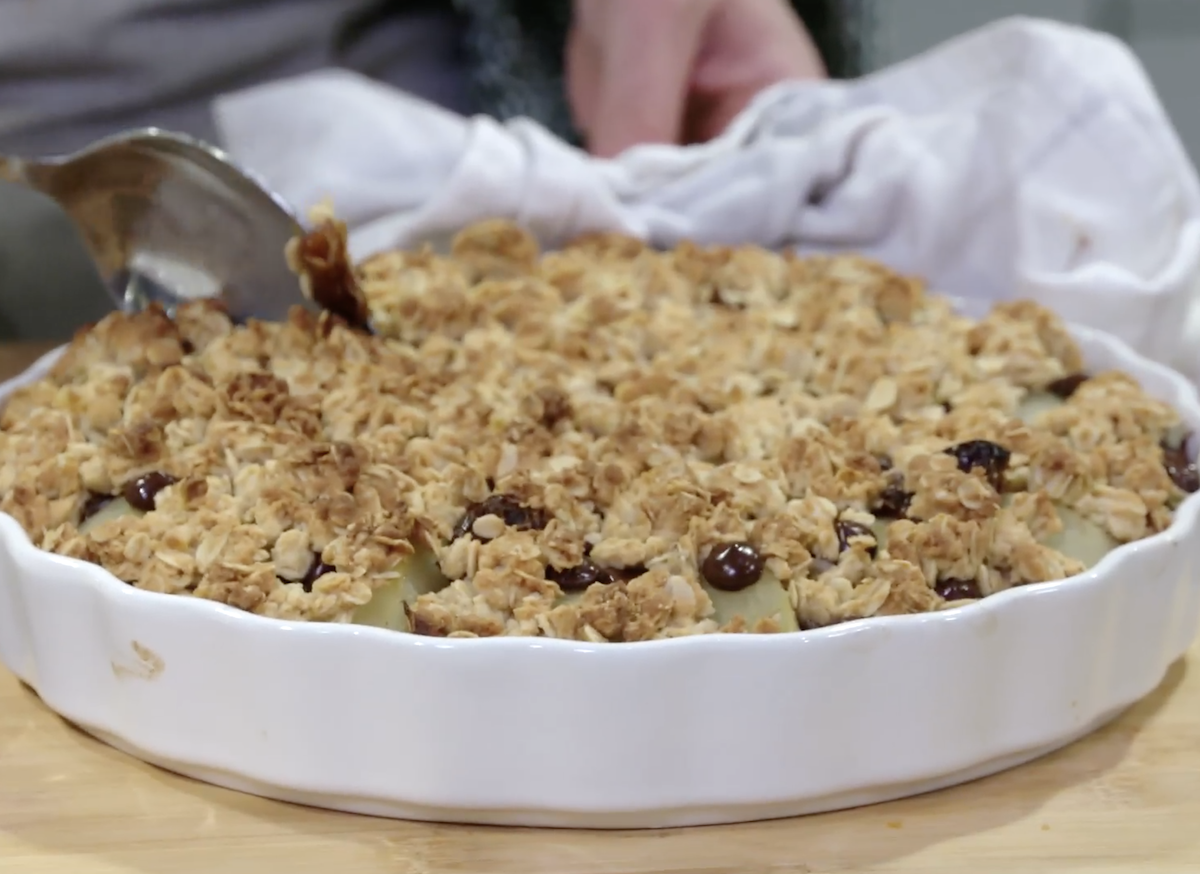 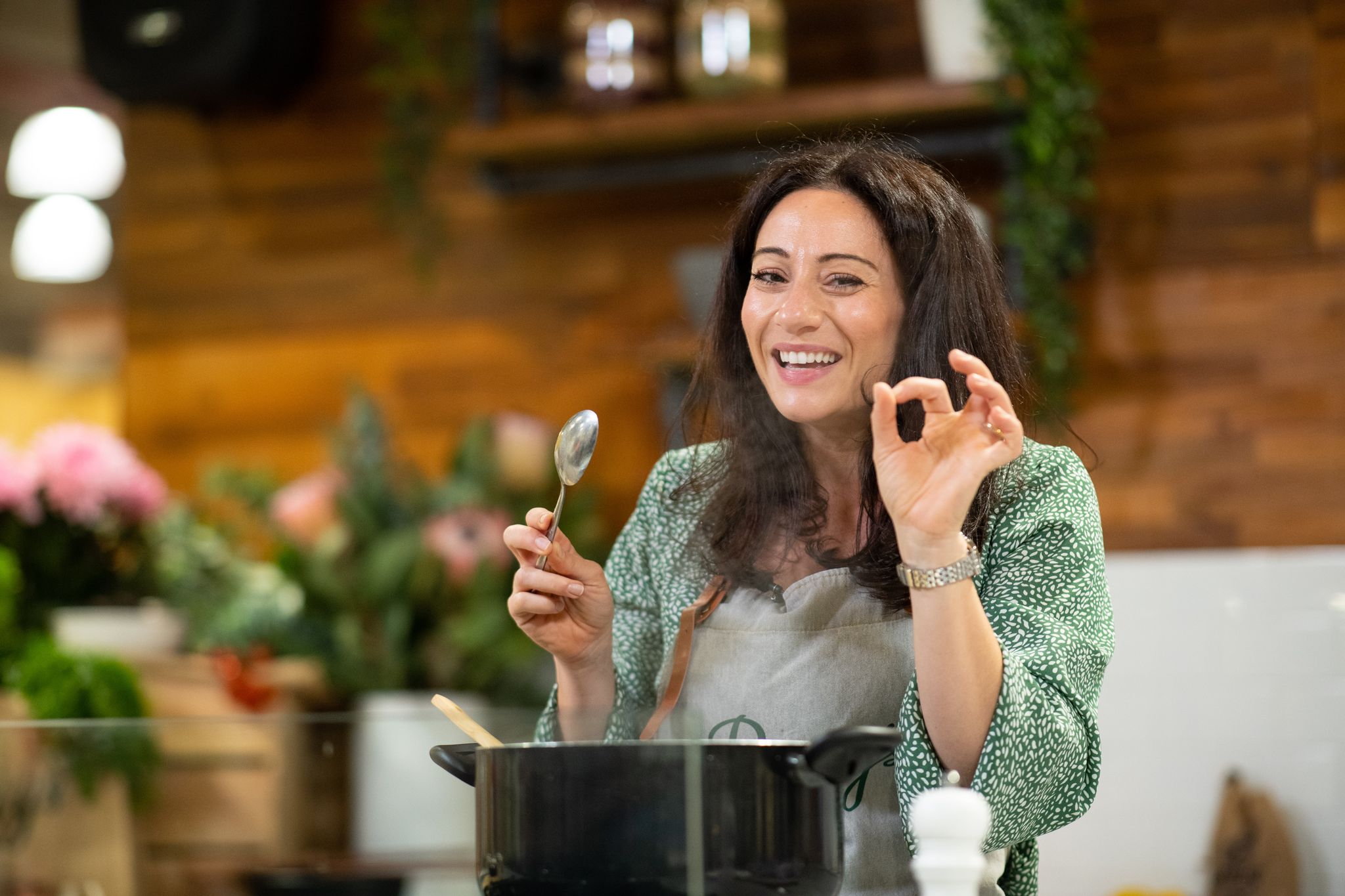 Nikoletta is a passionate home cook, who shops weekly at Paddy’s Markets turning her fresh purchases into delicious dishes inspired by her Cypriot heritage!

Want more?
Be sure to follow Nikoletta’s Kitchen on social media