<< Back to Markets Menu

Step 1 Using a V-slicer or sharp knife, finely shred cabbage and fennel. Place cabbage into a large bowl. Plunge fennel and lemon juice into a bowl of iced water. Stand for 10 minutes.

Step 2 To make the dressing, combine all ingredients in a bowl. Season with salt and pepper to taste. Mix until smooth and well combined. Set aside.

Step 3 Place currants into a teacup, cover with boiling water and stand for 5 minutes. Drain currants. Drain and dry the fennel.

Step 4 Add fennel, currants, almonds, pepitas and onion to the cabbage. Drizzle with the dressing and toss to combine. Spoon into a serving bowl or onto a platter and serve. 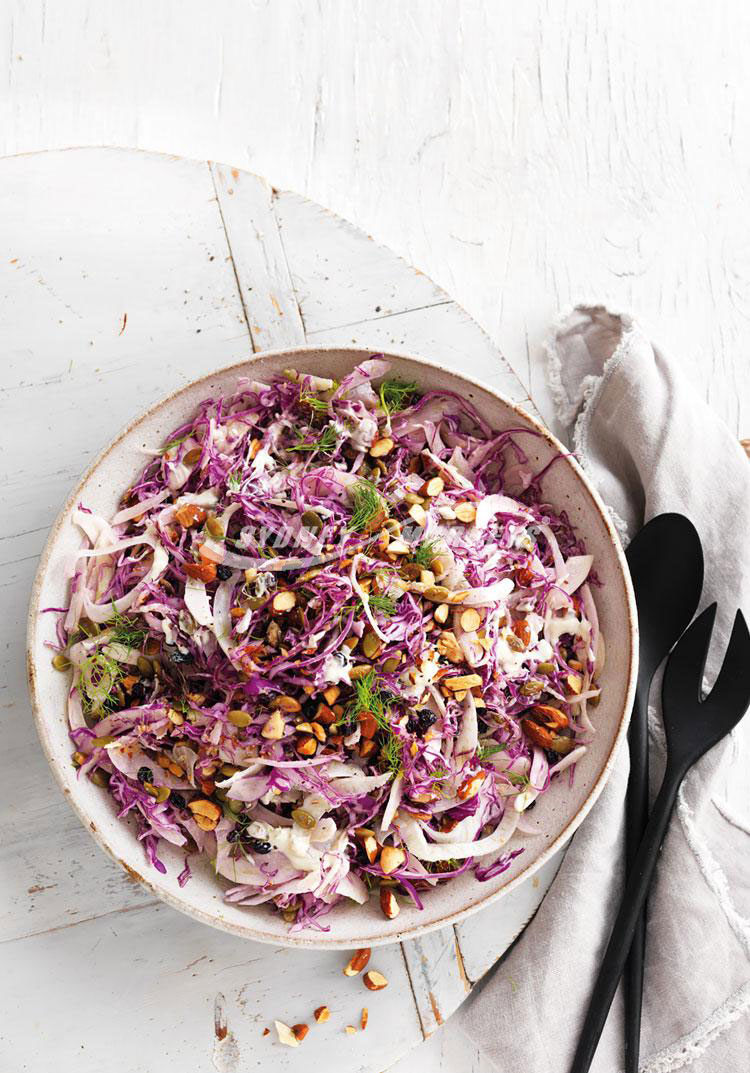 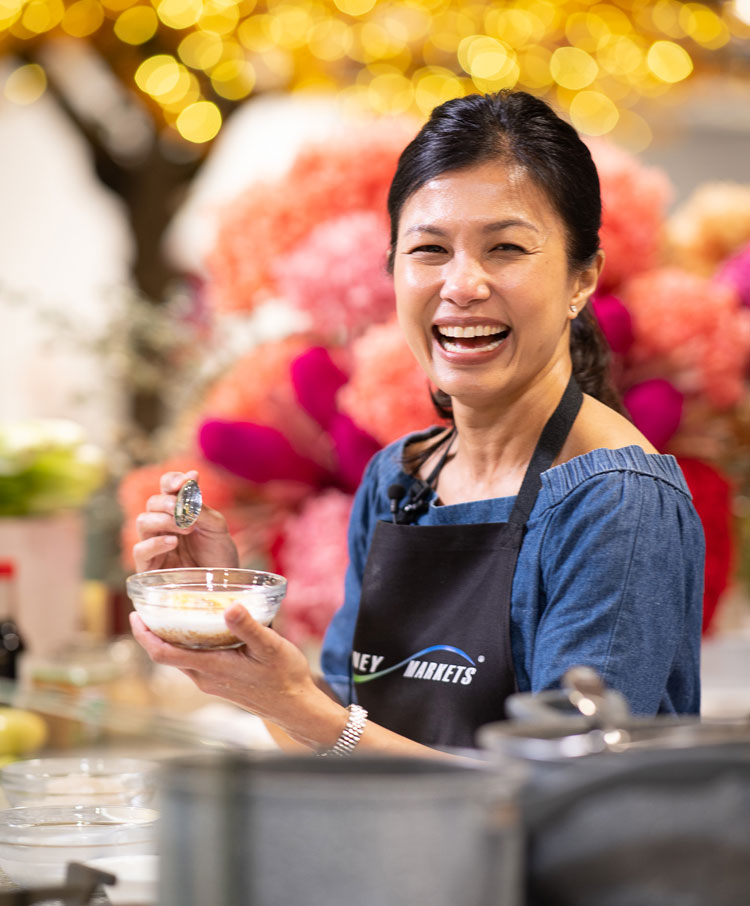 Audra Morrice is a passionate cook, an author and the current host and judge of MasterChef Singapore. Not only does she have her own cooking series called Tasty Conversations but she also runs her own catering business in Sydney. Audra’s Singaporean Chinese-Indian heritage is frequently incorporated in her Asian style of cooking.

Want more?
Be sure to follow Audra on social media